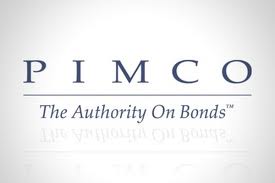 Investors pulled $9.6 billion from Pimco’s flagship Total Return bond fund in June. This was a sign how increasing interest rates have made bonds unattractive to investors. The amount was the largest monthly outflow since Morningstar started tracking the fund in 1993.

Total Return Fund is the largest mutual fund in the world. The amount pulled out of the fund is nearly half of the total amount of money that was pulled from exchange traded funds and bond mutual funds through June 26. The size of the outflows emphasizes the challenges Pimco is currently facing. The company has become the fifth biggest money manager in the world based on the popularity of its bond mutual funds.

Federal Reserve Chairman Ben S. Bernanke stated in May that the Fed may pull back on its bond buying program. This has made investors move out of bonds that has increased interest rates and reduced the value of existing bonds.

Pimco’s Total Return bond fund has a reputation for outperforming the market but as the market declined, the fund has done worse. In the second quarter, the fund fell 3.7 percent, which was worse than 95 percent of similar bind funds.

The outflows from the Total Return bond fund represented around 3.4 percent of the fund’s total assets at the start of June. It left the fund with $268 billion under management.

Executives from Pimco have defended bond investments. They called the recent activities in the market as overreaction. William H. Gross, the company’s leader, has posted several videos taken in his office in which he tried to calm the worries of investors.

Pimco was not the only bond fund that experienced withdrawals last month. DoubleLine Total return bond fund, which is the flagship fund of DoubleLine Capital, had withdrawals of $1.2 billion in June. This was the first month it saw outflows since it was created in April 2010.