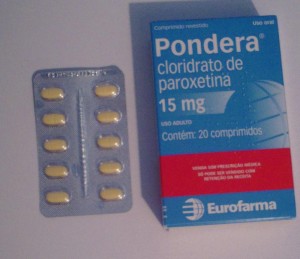 Paroxetine, from Noven Pharmaceuticals, has been approved by the U.S. Food and Drug Administration. Paroxetine is a SSRI – selective serotonin reuptake inhibitor – to treat hot flashes that are moderate up to severe in women going through menopause.

As many as 75% of women post menopausal experience vasomotor symptoms that are moderate to severe, sometimes lasting as long as five years or more, said officials from the FDA.

Up to two-thirds of the more than 24 million women affected by it, choose to not treat the symptoms instead of opting for therapies using hormones.

The approval by the FDA of paroxetine gives women a clinically proven treatment that is non-hormonal for night sweats and hot flashes, said the director of a Women’s Health Center in Ohio.

The approval by the FDA was based upon the results of two double-blind randomized controlled studies that examined the effectiveness of paroxetine against hot flashes in 1,175 women who were postmenopausal.

Those women participating had up to eight hot flashes each day or a weekly amount of between 50 and 60. The treatment with a placebo or paroxetine was for 12 weeks in one of the studies and 24 in another.

Both of the studies showed the drug was able to reduce the severity and frequency of the night sweats and hot flashes compared to just the placebo.

The most common adverse side effects were nausea or vomiting, fatigue and headaches. However, fatigue decreased as the treatment period progressed.

The FDA approved a paroxetine dose of 7.5mg, which is much lower than those used to treat disorders such as obsessive-compulsive, generalized anxiety disorder or a major depressive disorder.