Gold and silver prices closed a bit higher Friday at the end of a rough week for the market. This marked the first gain for gold after four losses in a row. Investors have been dumping gold since last week after the Federal Reserve announced that it could end its stimulus program. The likelihood of the end of the program has made traders worry about inflation and reduced the appeal of gold. 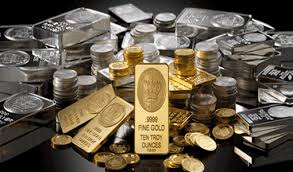 The recovery of gold and silver stopped the talks about how low they will go. The Asian trade gold dropped under $1,200 to its lowest since 2010. This is down more than$200 per ounce since the start of last week. Before its recovery, it looked like gold was on track to post its worst quarter since 1968.

There are analysts who see it the other way. They speculate that China will start buying gold at low prices.