Top 20 World Universities List has 10 in U.S. and Six from the UK 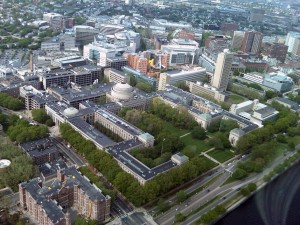 According to the latest list of the world’s top universities, six of the top 20 are located in the United Kingdom. Moving into the top 20 were Edinburgh and Kings College London.

Schools located in UK that were in the top 10 included Cambridge, Oxford, Imperial and UCL.

However, one of the authors of the list said if the UK does not put more funding into its higher education it could lose its leading positions.

Edinburgh was in 21st position last year and moved up to 17th, while King’s moved from 26th to 19th.

In the overall third position was the top UK school Cambridge. In first position overall was the Massachusetts Institute of Technology, with Harvard coming in second.

Universities located in the U.S. finished out positions 7 through 10. In all eight Universities from the UK were in the top 50 listing and 18 in the listing of the top 100.

The rankings are starting to suggest that universities in the UK are struggling to stay abreast of those in the U.S. when it concerns innovative research.

Only one university in the UK was in the top 30 for research.

Leading institutions that are successful in the UK need to have the government continue to match the investments made in other countries to maintain their status of being world-class.

However, the UK is investing below the average for higher education, so it makes it that much more unrealistic to think the universities there will continue to be listed as high as they currently are.

Rounding out the top ten were Stanford University, Yale University, the University of Chicago and tied in tenth California Institute of Technology and Princeton University.

Stealth Trading Down 5.4% This Week