Opioid Drugs to Have Stringent Labeling 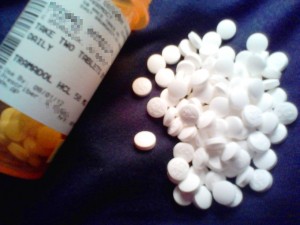 The U.S. Food and Drug Administration, responding to a series of calls to stop the increasing epidemic of addictions to prescription drug as well as overdoses, has urged doctors to prescribe the most powerful pain killers for their patients who need around the clock long care treatment that had no other means of management.

The new drug labeling unveiled Tuesday, hope officials from the FDA, would prompt physicians to take a more cautious stance when prescribing extended release and long acting types of morphine, oxycodone and others narcotic based painkillers referred to as opioids.

These drugs, sold by the names Opana, and OxyContin among others account for fewer than 10% of all opioid prescriptions in the United States. Others more commonly prescribed and fast acting including hydrocodone, did not fall under the new actions by the FDA.

As a group, opioid painkillers helped create a surge in overdoses of prescription drugs, which surpassed auto accidents in 2009 as the leading cause of deaths that were preventable in the U.S.

Opioids are abused by over 12 million people every day and contributed to more than 1,650 overdoses deaths during 2010, according to a report released by the Center for Disease Control.

An analysis of more than 4,000 deaths from prescription drugs over a period of six years in Southern California found opioids as well as other drugs that had been prescribed to victims, played roles in close to half of those cases.

Oxycodone and hydrocodone were amongst the medications that most frequently were mentioned in those deaths.

The FDA now will require manufacturers of 20 opioid products that are long acting to rewrite labels to reflect they should be used less often. The labels must be revised by this December.

« Previous
Top 20 World Universities List has 10 in U.S. and Six from the UK