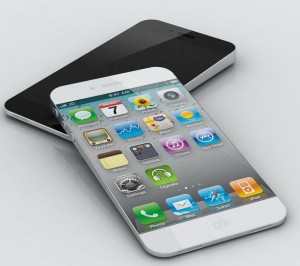 Wireless carriers in Japan are offering the new iPhone 5S for free if a 24-month contract is signed.

The entrance of NTT DoCoMo into the iPhone frenzy in Japan has caused some fierce competition to win customers, with the three carriers in the country now offering certain models of the iPhone 5S free with a signed two-year user contract.

SoftBank, KDDI and DoCoMo will all offer 16GB models of the new iPhone 5S for what effectively amounts to nothing when a customer agrees to a certain plan and the 24-month contract. On Friday, all three wireless carriers confirmed the news.

The new pricing plans have been posted by the carriers on each of their respective websites, while news of this has been reported throughout the country.

For DoCoMo for example, discounts are applied each month during the 24-month term, effectively giving the user a free phone.

DoCoMo the largest carrier in Japan entered the frenzy and marked a huge shift in company strategy and for the phone market in Japan in general.

Domestic suppliers of phones such as Fujitsu and Sharp, which are amongst the handset stable of suppliers for DoCoMo, should suffer from their move into the iPhone frenzy.

DoCoMo sells close to 23.5 million mobile handsets annually. If Apple were able to take 40% of that total, as was recently reported by Nikkei, the Japanese market would instantly be dominated by iPhone.

DoCoMo had until its announcement on Tuesday resisted offering any of the iPhones. The company had preferred Samsung and Sony.

A report recently released showed a big drop in the amount of new subscribers at DoCoMo during August, compared to July’s numbers.

NEC and Panasonic, two phone vendors, which did business in the past with DoCoMo, have both announced they no longer will be in the smartphone business.