Blackstone Group is going to take Hilton Worldwide Holdings public in an initial public offering that is expected to earn up to $1.25 billion. This was according to a regulatory filing Thursday. Hilton owns and franchises a portfolio consisting of 4,401 hotels in 90 countries across the globe. The company owns several brands such as Conrad, Waldorf Astoria, Embassy Suites, DoubleTree, Hampton Inn, Hilton Garden Inn, and Homewood Suites. 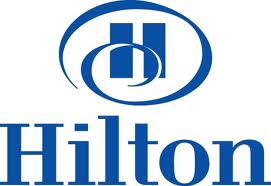 Blackstone took Hilton private in October 2007 after a leveraged buyout that was worth $26 billion. It was before the end of the LBO boom and the recession was just starting. In 2008, the Hilton chain got an operating loss of $4.5 billion.

Blackstone didn’t indicate if it would sell shares. The number of shares to be offered in the IPO has not yet been fixed. Hilton said that the proceeds of the IPO would pay for its debt. As of the end of 2012, the company had long term debt of $15.2 billion, which was down from $16 billion in 2011.

The hospitality industry has been experiencing a rebound and Hilton’s efforts to streamline its operations are positive signs that hits IPO would be welcomed by investors. Over the past several years, industry trends were solid. The timing of the IPO is perfect.