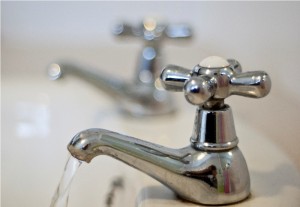 A child, who was just four years of age, died from a brain infection in Louisiana and led health officials there to discover that the rare infection was caused by a deadly amoeba in the water supply of St. Bernard Parish, just southeast of the city of New Orleans.

The amoeba is single celled and called Naegleria fowleri and is 10 times thinner than a single human hair. The amoeba has been called a brain eater, although it causes an immune system reaction that is devastating rather than devouring the actual brain tissue.

Officials have pumped large quantities of chlorine into the water supply to kill the amoebas and have advised the 40,000 residents of the parish how to not become infected. They said the risk is very small.

Drinking water that has the amoeba does not pose any risk, but finding a microbe that is so dangerous in drinking water is not only noteworthy, but also highly troubling.

An epidemiologist from Louisiana says this is the first time the amoeba has been found in a public drinking supply in the U.S.

However, the scientist is worried it will not be the last, since officials from the state health department are attempting to find the cause of previously unexplained cases of encephalitis.

Almost 40% of the cases of the highly dangerous brain inflammation do not have causes that are known.

The Center for Disease Control also now tests all water supplies when amoebic encephalitis had been discovered to see what the origin of the microbe was.

In 2011, for instance, two residents in Louisiana, including a 20-year old St. Bernard Parish male, died from amoebic encephalitis after using water from the tap to rinse nasal passages using neti pot a popular local device.

Officials from the health department had assumed that tap water that was contaminated had been the source of the sickness, but never proved it.

Alpha and Omega Semiconductor Shares Gap Down to $42.78

Missfresh Shares Gap Down to $3.21