Feds looking into Cars that are Self-Driving 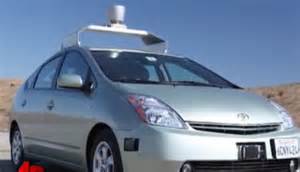 A move towards cars that are self-driving is gaining speed quickly and officials in charge of federal safety are telling the different states not to license the cars except when they are used just for testing.

The officials said that the companies making the cars would have to be very vigilant and their testing must be uniform.

The National Highway Traffic Safety Administration says it wants to remain ahead on the self-driving cars issue. On Thursday, it announced a research plan, a policy and guidelines for the industry and states on how they should move forward on their programs for testing the vehicles.

The NHTSA is in charge of auto safety but usually does not like taking steps that could appear to upset states over things relating to jurisdiction.

The statement by the NHTSA says that the country is amidst an historic point for travel in automobiles and the enormous safety issue of automated cars.

A four year term to study the automated vehicles was announced by the NHTSA to prepare for any regulations and to give recommendations to states for laws.

Even though there is great excitement in the industry, there still are not any real-world fully automated cars. A few that have the capability of self-driving are currently being tested in the states that permit them, which are Florida, California and Nevada.

Google has over 500,000 miles on Lexus RX 450H and Toyota Prius vehicles that have lasers, radar, computers and cameras to move autonomously from one point to another, without running into other traffic.