The US Treasury Secretary Jack Lew announced that President Barack Obama’s Making Home Affordable Program would be extended until December 31, 2015. This would keep it align with deadlines of other federal housing programs and initiatives. 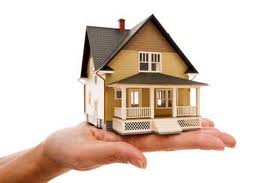 The Making Home Affordable Program is a vital component of President Obama administration’s strategy to help Americans avoid foreclosure and recover resulting from the housing bubble collapse. The previous deadline was December 31 of this year but the program was extended to keep it aligned with deadlines for the Streamline Modification Initiative and Home Affordable Refinance Program for homeowners with Freddie Mac and Fannie Mae loans.

The housing market is improving but homeowners are still struggling with their mortgages. Treasury Secretary Jack Lew said that part of Obama administration’s wide ranging efforts to strengthen the middle class is by helping responsible homeowners. The Making Home Affordable provides homeowners the deepest and most dependable assistance to help homeowners avoid foreclosure. Lew added that extending the program for another two years will be beneficial to more families while maintaining clear standards and accountability that’s vital for the mortgage industry.

The Making Home Affordable Program was launched in 2009. Since then, around 1.6 million actions have been taken to give relief to homeowners. 1.3 million Homeowners have been helped by the program.

The program includes the Home Affordable Modification Program that modifies a homeowner’s loan terms to decrease the monthly payment in order to avoid foreclosure. As of March, more than 1.1 million homeowners got mortgage modifications via HAMP.

Under the HAMP, the federal government provides financial incentives to mortgage providers to change the loans of qualified borrowers so that homeowners’ monthly payments would not exceed 31 percent of their monthly income. Some homeowners who benefited from the program included those with negative equity where property values dropped and those who found themselves out of work.