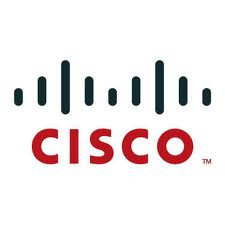 Cisco Systems Inc. has announced that it is buying digital video technology company NDS Group Ltd. for about $4 billion and paying off $1 billion of debt owed by NDS.  NDS is based in the United Kingdom and is jointly owned by News Corp. and Permira, a private equity firm.  The boards of both companies have approved the deal.

With the purchase, Cisco is acquiring NDS’ sites in Britain, Israel, France, India and China.  Cisco is also absorbing 5,000 NDS employees.  The deal expected to close in the second half of this year.

The deal makes sense for Cisco as it focuses on video offerings for service providers.  The company acquired Scientific-Atlanta, a maker of TV set-top boxes, for $7.1 billion in 2006 and purchased online conference provider WebEx for $3 billion a year later.  The acquisition will allow Cisco to enhance its video offerings to pay-TV providers and increase growth in emerging markets¸ such as China and India.

Cisco expects the purchase of NDS will speed up the delivery of its Videoscape entertainment platform.  Videoscape lets customers watch video on mobile gadgets and laptops along with their TVs.  Cisco is hoping to augment its Videoscape streaming platform as it works to bolster lagging growth in its core networks business.

Video offerings for businesses have also continued to be a big part of the company’s focus.  The software sold by NDS allows cable and satellite TV companies to deliver content to subscribers via digital video recorders, tablets, smart phones and other devices.  NDS has pay-TV operators such as DirecTV, Vodafone, Cox, and BSkyB among its customers.

Cisco has narrowed its focus in recent years by eliminating divisions and cutting costs through layoffs.  Its consumer-oriented Flip video camera business was shuttered last year.  Cisco and analysts have been concerned that the company’s growth in the networking gear market has stalled.  The company needs to find another high growth area and its betting that video is that area.