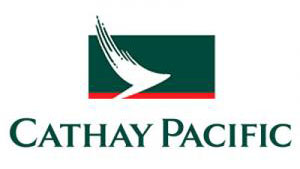 Cathay Pacific Airway’ LTD’s (OP: CPCAY) 2011 net profit dropped 61% due to the rising cost of fuel and softer demand for the company’s freight services. The company is also expecting continued weakness for the cargo operation for the year 2012.

These reports fall slightly below the average HK $5.65 billion net profit prediction from 19 separate analysts that were pulled before the release of the numbers.

Chairman for the company, Christopher Pratt said in the statement that the company’s outlook for 2012 is going to prove even more challenging than the previous year due to the global economic slowdown and rising cost of fuel in combination with the current weakness of the air cargo market.

Pratt was quoted to say “while these uncertainties continue, we expect pressure on economy class yields and are cargo business in particular to remain weak.”

Pratt did note though that the carrier has been busy investing in the recent years to grow the company’s fleet as well as enhance services with plans to include taking delivery of 19 new aircraft’s in 2012.

In 2011 the airline revamped its services and started offering premium economy seats on long-haul flights and the company is expected to have 87 aircrafts with that feature by the end of 2013. Currently the Hong Kong-based airline and sister company Hong Kong Dragon Airlines operate a total of 164 aircraft as was reported at the end of 2011.

The biggest hit on the profitability of 2011 comes down to fuel prices alone as fuel makes up over 40% of the company’s total operating costs. The company has created a fuel hedging program which allowed them to profit HK $1.81 billion from fuel hedging activities in 2011.