How to become a successful illustrator 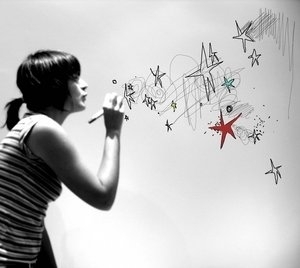 The world of the arts has always been maddeningly competitive to enter into, with a host of creative individuals struggling to get the job they want. And, if you’re looking to be an illustrator, you’re entering an arena that’s already filled with talented and resourceful people, and even they have to cope with multiple rejections on a regular basis.

But, there are ways to get ahead in the world of illustration and, if you have the right level of talent and resources, you’ll find that you can make a tidy living from your artwork.

So, how can you gain an edge in the industry?

There’s little better mark of approval than gaining a degree in your chosen field, so getting yourself trained up at university or with an online illustration course is the best bet of the budding artist.

To have the opportunity to be taught by seasoned professionals in the arts is to be shown not just how to draw well, but how to generate ideas into fully-fledged works using not only instinct, but a methodical work ethic that will improve the quality of your output.

Get some great ideas

While you can build up a seriously impressive technical talent in an industry, it’s really your ideas that will propel you to success. Your concepts are the things that will set you apart from the rest of the pack, and the more eye catching and appealing the idea, the better.

There was recently a fantastic display of the creativity inherent in the arts at the UK’s first Art Party Conference.

Filled with speeches on art and its importance, the conference also featured insane performances, madcap designs, a guy carrying a stuffed fox around for the day, and a host of people causing mischief while dressed as culture secretary Michael Gove. At times, a wander around the conference was surreal enough to seem like you were journeying through someone’s subconscious rather than reality.

And, while your ideas don’t necessarily have to be quite as leftfield as the works on display at the Art Party Conference, it’s an event that helps to illustrate that your mind can wander anywhere in the name of creativity and still be considered viable.

So, start illustrating, let your notepad seep with every idea you can think of, and you might just hit a goldmine.

Get your work out there as much as possible

If you’re in illustration, or any creative career for that matter, then self-promotion is your best friend. And, with the internet now a booming behemoth of creativity, there’s never been so many easy ways to put yourself out there.

If you can start up a blog and show that you’re building up a steady stream of illustrations then your chances of actually being hired will increase exponentially. And, as social networks grow it’s easy to promote your blog and follow the right people, so you can network right from your desktop.