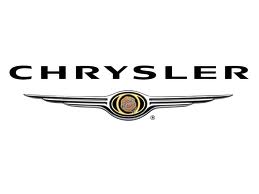 Chrysler Group has delayed plans for its initial public offering until the first three months of 2014 said Fiat its Italian owner Monday.

The automotive company said their underwriters determined it was not a practical to meet the original plans set up for the IPO before the end of the year.

The shares being sold to the public are owned by the trust fund that is union controlled that had been formed in 2007 to help pay for health care costs for retirees of Chrysler. That trust owns 41.5% of all shares in Chrysler.

The trust was a way of lowering the financial burden facing Chrysler in 2007 of paying the health care costs. The fund was not set up to maintain a large stake in the automotive company. However, when Chrysler exhausted its cash during 2008, the only other asset available to offer was its stock.

Similar trusts controlled by unions were set up in Ford and General Motors, as the auto industry in the U.S. reeled during the downturn of the economy in the U.S.

It has not been determined of yet as to the price or number of actual shares to be offered in the IPO. The company’s document for registration with the SEC indicated the trust would continue to maintain a stake in Chrysler even after the IPO.

Fiat, the Italian automaker, rescued the American automaker from its bankruptcy during 2009 and is now the owner of the other 58.5% of the U.S. automaker. The CEO of Chrysler and Fiat, Sergio Marchionne, has gone on record saying he wanted Fiat to own the entire stock of Chrysler and merge the automakers into one.

The IPO preparations suggest that Fiat has not been about the reach an agreement with the trust to purchase its shares.

However, the IPO process might help Fiat and the trust agree to a fair market value for the business. One senior analyst in the auto industry said the IPO plans previously might only have been a negotiating tactic.

Under the ownership of Fiat, Chrysler has had great success. In 2011, Chrysler returned to being profitable. It has seen sales steadily improve along with market share.

CSX Price Target Raised to $33.00 at Royal Bank of Canada