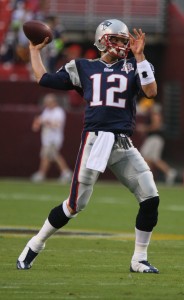 Thursday night’s win by New England over New York was nothing short of sloppy. Actually, the Jets had an opportunity to win, but lost their cool in the last minute of play and let the Patriots off the hook.

Geno Smith, the rookie quarterback for New York threw an interception late in the game. Aqib Talib, who intercepted the pass, was tackled low by Nick Mangold the Jets center. The tackle ignited a melee and two Jets players were subsequently ejected, allowing New England to win 13-10 and push their record to 2-0.

Mangold did not believe his tackle was too low and said it was surprising how Bill Belichick the Patriots coached yelled at him. He figured Belichick would have more poise than he showed.

The Jets are now 1-1 on the season after their rookie quarterback Geno Smith had a rookie meltdown in the fourth quarter with two ill-advised passes that Talib intercepted.

Smith says he does not consider it a learning experience as he feels he is ready for the pressure, should be taking better care of the football and needs to be at a point to give his team an opportunity to win.

New York could have beaten New England on a night that Patriot’s quarterback Tom Brady was frustrated on nearly every offensive series. His receivers were dropping passes or they were missing scoring opportunities due to an injury-depleted roster. His receiver corps is depleted due to injury and free agency and he has only unproven rookies.

Brady could be seen grabbing his helmet and screaming out in frustration on more than one occasion, as his passes fell to the ground due to receivers making wrong decisions or fingers made of stone.

$0.38 Earnings Per Share Expected for Digi International Inc. This Quarter