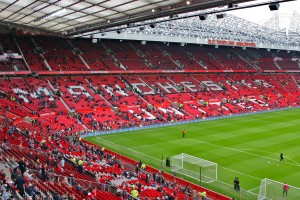 An era will end on May 18 in Manchester, England. Scotsman Sir Alex Ferguson announced on Wednesday that he would retire when the season ends on May 18, which will end his 27-year reign as manager of the Manchester Red Devils. During his tenure that started in 1986, his team has won over 30 trophies.

This season the club won the English Premier League title with four games remaining on the schedule. The title was No. 20 for the club and No. 13 for Ferguson at United.

Following Manchester’s last match on May 18, Ferguson will hand over the managerial reigns to his successor and will become a director on the board at the club.

Manchester has one home match left on their schedule on May 12 and it will be Ferguson’s last at Old Trafford, the fabled stadium for the Red Devils in northern England.

Ferguson was quick to thank the entire staff and players both past and present at Manchester. He also thanked his family for all their support during his tenure at the club.

Most football pundits feel that Manchester has planned for this for some time and will have a replacement set to take over the club as soon as Ferguson steps down on May 18.

There have been rumors that Jose Mourinho, the current manager of Real Madrid, could take his place as well as a number of others. Regardless of who it is that succeeds Ferguson, one thing is certain, the new manager will have huge shoes to fill following the club’s most successful manager and one of the biggest names in world soccer.

Next »
Job Openings Fall from Highest Level in Five Years