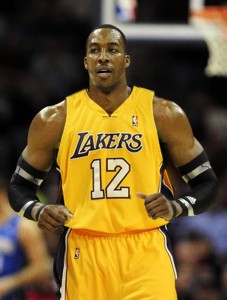 Dwight Howard made his final decision on Friday as to where he will play next season in the NBA. The Los Angeles Lakers are not happy with his decision nor are the Dallas Mavericks or the Golden State Warriors.

However, the Houston Rockets are the happiest team in the NBA, and now a legitimate contender for the NBA title.

It is not often that elite NBA players spurn the Lakers to join another team. However, in this case, Houston offered Howard a young team with a promising nucleus.

The team has some of today’s most dynamic players and that potential is what helped Howard make his decision to walk away from talented veterans such as Kobe Bryant, Pau Gasol and Steve Nash.

Howard chose to play with Houston in part because of Hakeem Olajuwon a team consultant and Kevin McHale the Head Coach. Both are Hall of Famers and know how to play down low.

The talented Howard said the best fit for him on the court was with Houston. Howard was offered a five year contract from the Lakers for $118 million, but chose a four year $88 million dollar contract.

He said he knows he walked away from $30 million, but he wants to return to winning and championships and he is sure he will find that in Houston.

Howard’s Twitter had a changed avatar that now shows him in a Houston jersey.

Bryant, who did not have the best of relationships with Howard in the one season they played together in LA, responded to Howard’s decision by un-following Howard on his twitter and posting a new photo in Instagram of him and Pau Gasol.