Bond Withdrawals Could Lead to Opportunities 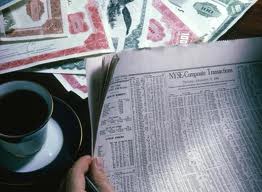 Investors have a lot to be concerned about the bond market. Yields are increasing and prices have dropped. Investors are withdrawing their money out of bond funds at an alarming rate. There are questions where the money will go to next.

It has been reported that more than $60 billion was pulled out of US bond funds in June. This was a record amount. Pacific Investment Management Co., which has the world’s largest bond fund, had $9.9 billion worth of withdrawals in June from its Total Return Fund.

The move away from bonds came after the Federal Reserve announce it would wind down its bond buying program later this year once the economy continues to improve. It would eventually end the quantitative easing next year.

The withdrawals came after bond losses that came after bond yields started to increase in May. The yield on the 10 year US Treasury bond went up as high as 2.6 percent by late June compared to 1.63 percent in early May. As yields increase, bond prices drop.

The withdrawals are just small bumps as compared to the size of bond holdings. The PIMCO fund has assets of $268 billion, which meant that the redemptions were less than 4 percent of the fund. The total amount of withdrawals was less than 2 percent of total assets.

And yet the withdrawals signaled a sharp reversal and could usher rough days in the near future for bonds if the trend continues. Retail investors have placed around $1 trillion in bond funds since the beginning of 2009.

Stocks could benefit from the outflow of money from bonds. It has been the promise near the start of 2013 but has since faded. The tapering of the QE would likely result to the volatility of the market that could stall equity flows.