Gold Drops as Dollar Rises due to Jobs Report

Gold futures dropped to a week low as the dollar increased to its highest level in three years after the release of the jobs report that showed US payrolls went up more than the estimates in June. This fueled speculations that the Federal Reserve will reduce its stimulus program.

The US dollar gained as much as 1.6 percent against several major currencies that eroded the appeal of gold as an alternative investment. Payrolls added 195,000 workers, which is the second straight month jobs were added to the economy.

The average estimate in a survey made by Bloomberg saw an increase of 165,000. Standard & Poor’s 500 Index futures went up after the release of the jobs data. Better jobs report would mean gold will continue to struggle as investors push the dollar and stocks higher. 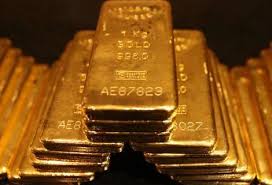 Gold futures for August delivery dropped 3.1 percent to $1,212.70 per ounce. The price reached $1,206.90 earlier in the trading session, which was the lowest for a most-active contract since June 28. Trading was 25 percent higher than the 100 day average according to Bloomberg data.

The Comex floor was closed during the Fourth of July to commemorate the nation’s Independence Day. Spot gold fell 0.2 percent. The Dollar Index, which is a reading against six currencies, increased to its highest level since July 2010.

Silver futures for September delivery dropped 4.9 percent to $18.736 per ounce on the Comex. This was the largest drop since June 20. The precious metal has declined 38 percent in 2013, which is the most among the 24 raw materials belonging in the Standard & Poor’s GSCI Spot Index.