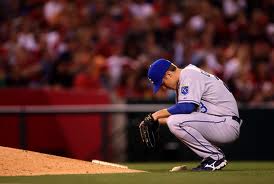 The Milwaukee Brewers have sent their pitching ace, Zack Greinke to the Los Angeles Angels in exchange for Jean Segura, a shortstop and two minor league prospects.

Greinke was considered the best pitcher available prior to Tuesday’s trade deadline. The pickup by the Angels followed an offseason that was highlighted by the signing of two start free agents C.J. Wilson and the perennial all star Albert Pujols. Greinke said he was looking forward to playing in Los Angeles saying the team was a great team. He spoke highly of the talent and the great players that played on the team. He said the team already had a great pitching staff even before he was traded to them.

Greinke will join a rotation that includes all stars Dan Haren, Jered Weaver and Wilson. The Angels started Friday five games behind Texas for first place in the American League west division, but very much in the race for a wildcard place.

Doug Melvin the general manager for the Milwaukee Brewers said he started with five teams interested in Greinke and worked it down to two and then to the Angels.

Greinke won the Cy Young Award in 2009 and is currently 9-3 on the season with an ERA of 3.44. He has started 21 games this season. The righthander is 28 and can become a free agent following the World Series this season.

Greinke was originally scheduled pitch for the Brewers on Sunday, but will most likely be starting that same day for the Angels, although his travel plans were still uncertain.

LikeCoin Trading Down 13.7% Over Last 7 Days