Growth Slows In U.S. Due to Consumers Spending Less 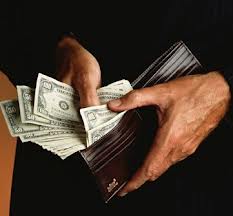 The largest economy in the world, cooled off during the second quarter due to very little growth in jobs that in turn prompted Americans to cut back spending. Local and state governments also made cutbacks adding to the problem. The gross domestic product increased at an annual rate of 1.5% for the latest quarter. The GNP is the value of goods and services that are produced in the country.

The looming tax changes in the U.S. and the debt crisis in Europe threatens to halt any expansion in the economy and is hurting revenue at companies from Proctor & Gamble to UPS. Policy makers at the Federal Reserve, led by Ben Bernanke, its Chairman, will meet in the coming week to discuss the possibility of further stimulus measures to help boost growth along with decreasing unemployment. The unemployment rate has not fallen below 8% in over three years.

A Barclay’s Capital economist said the country would not bust free of the moderate growth it is been in for some time. He says that growth existed but it was slow, although not fragile and a modest pickup would occur in the second half of the year.

The report on the GDP left the door ajar for President Obama for reelection in a campaign that has been dominated by concerns over the economy. This election is thought to be the closest presidential race in decades.

Sika Upgraded by HSBC to Buy

Head to Head Comparison: Chicken Soup for the Soul Entertainment vs. alpha-En