Founder of Clinic in Miami to speak with Baseball Officials 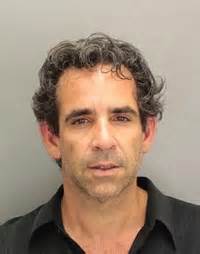 The former founder and owner of the Miami based Biogenesis of America clinic has reached an agreement with officials from Major League Baseball to discuss players who have been linked to using performance enhancing drugs, said a source that is familiar with the situation.

The source refused to be identified due to the ongoing investigation. The Biogenesis clinic is closed, but Anthony Bosch its founder could provide data on players who had visited his clinic.

If sufficient evidence is given that wrong doing took place by players, it could cause major league baseball to suspend the players involved. Players that have been linked to the former Miami clinic include Melky Cabrera, Ryan Braun, Nelson Cruz, Alex Rodriguez and at least a dozen others.

Francisco Cervelli a New York Yankees teammate of Rodriguez has also been tied to the clinic. However, Cervelli says he only consulted with the clinic when he suffered an injured foot, but never received any form of treatment.

Yankees manager Joe Girardi said his team was worried about playing baseball and that the officials from MLB could worry about the investigation.

Girardi said the team was planning on Rodriguez returning to play following the All Star break. The veteran third baseman injured his hip late last season and has been on the disabled list since.

MLB sued the former Miami clinic accusing them of giving banned substances to league players, which violated the contracts of the players.

Most of the players linked to PEDs have denied any connection. Rodriguez has admitted to PED use, but says it was during the early stages of his major league career.