Amazon.com is said to be planning to come out with an online grocery that it has been developing for several years. The company has set its sights on the biggest retail sector that has yet to be taken over by e-commerce. 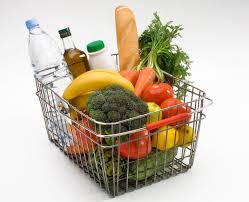 Food is a low margin business business but Amazon can outperform other online grocery services by delivering orders for higher margin items at the same time. The new line is said to be called AmazonFresh. The company has plans to build new warehouses with refrigerated areas for food. They will also have space to store up to a million general merchandise products.

Amazon has been testing AmazonFresh in Seattle for the last five years. The company offers fresh produce such as strawberries, eggs, and meat. Delivery is done via its own fleet of trucks. Amazon is set to expand its online grocery business outside Seattle, with Los Angeles later this week. The service will be offered in the San Francisco Bay Area later this year.

If business for the online grocery goes well in the new locations, the company might launch AmazonFresh in 20 other areas by next year. Some of the locations are said to be outside the United States.

Amazon is looking for new markets as the company tries to maintain a growth rate that has led to a 220 percent increase in its share over the last five years. In 2012, the grocery business in the United States has generated $568 billion in retail sales. This makes the sector a good target for the company.

The expansion plans of the company could be a threat to grocery chains, such as Safeway, Kroger, and Whole Foods Market. It could also threaten the business of general merchandise retailers such as Target and Wal-Mart.

A successful venture into online groceries could also lead to the development of a delivery system utilizing Amazon trucks to deliver directly to consumers. This could have huge implications or FedEx, UPS, and other package delivery companies that presently deliver Amazon goods.

« Previous
Founder of Clinic in Miami to speak with Baseball Officials

Next »
IMF Lowered Standards to save Greece