US Manufacturing Index Drops to Lowest Level since June 2009

According to the Institute for Supply Management, the index of manufacturing activity declined in May to its lowest level since June 2009. This is caused by the weak economies overseas and a pullback in business spending that led to lesser production and new orders. 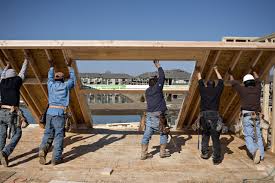 The ISM manufacturing activity index dropped to 49 in May, compared to 50.7 in April. It was the lowest level in four years and the first time the gauge has declined below 50 since November. A reading below 50 is a sign of contraction.

The index of new orders dropped to 48.8, which is its lowest level in almost a year. Production and employment were also down. Manufacturing faced a tough time in 2013 as overseas economies weakened that slowed US exports. Businesses in the United States have decreased their investments in computer software and equipment.

Consumers are also trying to cut on their spending for factory made goods. This could be due to the higher Social Security taxes that they have to pay and decrease their monthly paychecks.

Another report released Monday showed that the Chinese manufacturing dropped in May to 49.2 from 50.4 in the previous month. It also showed a reading below 50 that was a sign of contraction. The reading added to other indicators that China’s economy is losing its momentum.

In Europe, the economy remained in recession and consumers are buying fewer goods from the United States. In the first quarter of 2013, US exports to Europe dropped 8 percent compared to the same period in 2012.

Companies ordered for more US machinery, electronic products and other equipment in April after the sharp drop in March. This is a good sign of their investment plans. Orders for durable goods increased 3.3 percent in April compared to the previous month. Most of the increase came from orders for commercial aircraft.