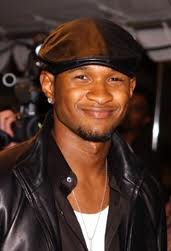 Usher’s stepson, who is just 11, was declared brain dead by his doctors. The youngster collided with a jet ski on Sunday. Kyle Glover, Usher’s estranged wife’s son, has not had brain activity since he arrived at the hospital but no decision as of yet has been made whether or not he will be left on or taken off life support.

Usher arrived on Sunday at the hospital and his wife Tameka has not left her son’s bedside since she arrived, said sources. Despite the acrimonious divorce from Foster, Usher chartered a plane to have Tameka, who was traveling, flown back to be with her son.

The accident took place when Glover was in Lake Lanier inside an inner tube. While sitting in the tube, he was hit by a jet ski in his head. When taken from the water, he was unresponsive.

A spokesperson from the Department of Natural Resources, Robin Hill, said the department’s Incident Response Unit would recreate the entire accident that took place on the lake. The team would recreate it to help determine what happened. Using special software in their computer system, they will attempt to determine how fast the boats were traveling when the accident took place.

The spokesperson said that park rangers were in touch with the jet ski driver following the accident and remain in touch with him. Once the department completes the investigation, it will turn the information over to the district attorney, along with their recommendation. At that time, the DA will decide if any criminal charges will or will not be filed.