Investors Confident with the United States

Global business confidence has cooled down last month as a result of the euro zone debt crisis. But the investors are still optimistic about the economy of the United States. This is according to a survey made by financial information firm Markit. 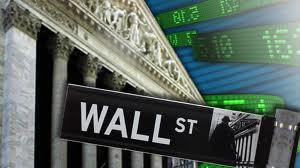 Majority of the companies surveyed expect business activity to increase over the next 12 months. They outnumber those who anticipate a decline by 37 percent. The difference is down from 44 percent in February, when Markit last did a similar survey of 11,000 manufacturing and services companies.

But even with the decrease of those who share an optimistic view on business activity, the survey showed that the sentiment among businesses was still better than last October, when optimists exceeded the pessimists by 32 percent.

Companies that are willing to hire for the next year was also reduced. Companies with hiring intentions exceed those who don’t by 17 percent. The number was down from a gap of 19 percent last February. Businesses across the globe have reduced their estimates for business activity, revenues and profits growth compared to the first part of the year. This resulted into the deterioration in the employment outlook.

Expectations for business activity in the euro zone decreased to a margin of 16 percent from 26 percent. The United States is doing better that the euro zone. Companies that predicted activity to increase exceeded those who did not by 57 percent. This was down from 69 percent in February.

Worldwide capital spending plans were constant with difference of 14 percent. Companies in the United States that have intention to increase their investments exceed those who planned to pull back by 21 percent. This is a record high for the survey. In the euro zone, the opposite was observed.

Price pressures were seen to be easing, which gave some relief for companies after costs increased earlier this year. Companies that expect input costs to increase compared to those who didn’t dropped to 20 percent from 27 percent.