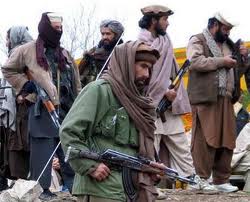 A video was released to an international news agency by the Taliban on Sunday. The video contains the brutal, senseless and inhuman killing of a woman as she sits on the ground. The woman, dressed in a burqa can be seen sitting against a wall when a man carrying an AK-47 approaches.

The woman was apparently gunned down in cold blood for committing adultery. The woman was married to a commander with the Taliban and found guilty of having an affair with another man.

In the video, a man off camera can be heard saying Allah does not like them getting close to adultery because it is wrong. He ends his talk on the video by saying they cannot forgive her, she must be finished and that her husband has the right to end her life.

After the man finishes talking, the executioner shoots three bullets and the woman falls over backwards. He then walks closer to the woman and shoots six more bullets into her body.

The killing took place in the Parwan province. Its governor Basir Salangi said two men had accused the woman of adultery, to save face. The governor added that both men faked a court decision that decided her fate. He said that in less than an hour the two men had her convicted and executed.

The execution was condemned by the U.S., as they called it cold-blooded murder. As the Taliban become stronger, the killing is just another reminder of how brutal their rule can be.

Contrasting VirnetX and Its Rivals