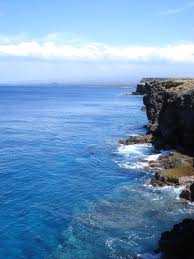 On Monday, Hawaii law enforcement officials said that the tour operator, which took a group of adolescents on a tour where a teenager from New York was killed when he was swept out to sea, did not have the permit needed to be in the area of the tide pool where the tragedy took place.

The tour company, Hawaii Pack and Paddle has state permits to take kayaks to a specific spot and hike along a trail that is designated by the permits. However, the Department of Land and Natural Resources said the area of the tide pool is outside the area that the permit covers.

Tyler Madoff of White Plains, New York, who was an athletic teen, was on a kayak trip on the Big Island’s west coast last week with the group. Madoff, 15, was hiking with the group at Kealakekua Bay near the Captain Cook monument when everyone stopped for a short rest near the tide pool. At that time, a large waved struck and washed Madoff and another 15-year old away.

The other teenager who is from Miami, Florida, eventually was rescued by a boat and is in critical condition at a hospital in Honolulu. Madoff was with 11 other teens and two guides and has not been found. Owners of the tour group said that all their guides were qualified and certified.

The teen’s father, Michael Madoff, said the tour operator has shown poor character and judgement. He said no one from the group Bold Earth stayed near the site to continue searching for his son.

Rescuers searched since last Wednesday until Monday at sundown without any success in locating the teen.