Sit Less and Gain Years on Your Life 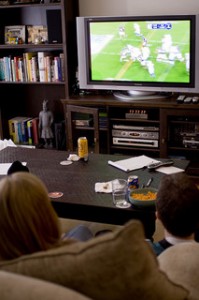 A new study has found that Americans could add up two years to their life expectancy if they stood more often and viewed fewer hours of TV. Previous studies have indicated that too much sitting and viewing TV can be bad for the health of an individual, but this research is the first to indicate that reducing sedentary behaviour could add to life expectancy in the United States.

The lead author of the study said it has to do with muscle inactivity. He said that while in a sitting position your legs become completely still and inactive. The researchers said it was not just about exercising. If you exercise for two hours, what is your body doing the other 22 hours. The key they said is to not just sit when inactive; stand or walk around.

Data was pooled by researchers from five different studies that included nearly 167,000 adults. They combined the information with National Health and Nutrition Survey figures, which were used to find out the length of time adults in the U.S. spent watching TV sitting down. On average Americans watch five hours of TV daily.

The research found that by sitting less premature deaths were reduced by 27% and spending less time watching television reduced them by 19%.