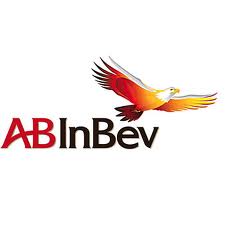 During its earnings report, Anheuser-Busch InBev reported that its third-quarter profits rose by 31%. According to the company’s report, net profit increased 31 percent to come in at $2.37 billion (1.73 billion euros). This was up from $1.81 billion in the same quarter a year earlier. Revenue reportedly rose 14 percent to come in at $11.6 billion. The rise in revenue was attributed to a takeover, currency effects and growth in the company.

While the company has been reporting lower sales volumes, the takeover of new brands and higher selling prices offset the lower volume. In June, the company purchased the remaining 50 percent stake of Mexico’s Grupo Modelo that it didn’t already own for $20 billion. Discounting the sales resulting from the Modelo deal, sales volume sank 1.3 percent in the quarter. The company offset the lower sales volume by raising prices for its products. CFO Felipe Dutra said, “We are not satisfied with our top line performance in 2013, which continues to be impacted by macroeconomic headwinds in a number of our markets.”

Anheuser-Busch InBev is currently the world’s largest brewer. Global brands distributed by the company include Budweiser, Germany’s Beck’s, Belgium’s Stella Artois, and Brazil’s Brahma. The best performing brands for the company were Budweiser beer, which increased global sales by 8.1 percent, and Corona, which rose 3.7 percent. The rights to sell and market Corona globally were included in AB InBev’s purchase of Modelo. In the near future, the company expects to reap big benefits from Brazil hosting the football World Cup in 2014.

The integration of Modelo is going faster than expected, according to Mr. Dutra. By combining operations, the company is already on track to saving $250 million on an annual basis. The company is also planning to focus on growing its biggest brands in markets where they are not well known. In the past 2 years, Budweiser was introduced in parts of Central and Eastern Europe and is already getting around 2 percent of market share. Mr. Dutra said, “So it’s doing extremely well. Corona can follow that same path, why not?”