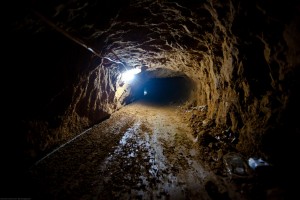 A border tunnel that connected San Diego with Tijuana was discovered this week, said U.S. authorities. The sophisticated tunnel is the latest find by investigators, who have found many secret passages recently that are used mainly for smuggling drugs.

Three suspected runners of drugs from an organized crime cartel in Mexico were arrested by authorities on Thursday. In addition, authorities seized cocaine and marijuana valued at close to $12 million.

Authorities said they succeeded in closing off another tunnel before it became completely operational, which is another setback to the cartels in Mexico.

U.S. officials estimate that the Mexican cartels have spent many years as well as tens of millions of dollars attempting to create an entire underworld of passageways to move large quantities of drugs easier.

According to the U.S. authorities, it was the first time that cocaine had been recovered that had been linked to drug tunnels in the area of San Diego.

Close to 325 pounds of cocaine was seized as well as nearly 17,290 pounds of marijuana. Authorities also announced that the tunnel used an electric rail system, had ventilation and lighting and looked as if it was just recently completed.

Wednesday night authorities shut the tunnel down, prior to any movement of drugs through it. Federal agents had surveillance on a warehouse in San Diego after an informant had tipped them off.   Due to heightened security on land near the U.S. border, drug cartels in Mexico have turned to small boats, ultra-light aircraft and tunnels. Over 75 tunnels have been uncovered near the border in the past five years.

The majority of the tunnels are located in Arizona and California near the border. San Diego has become popular due to its soil being clay-like making it easier to dig. In the city of Nogales, Arizona, smugglers often tap into the drainage canals located underground.

In the Otay Mesa section of San Diego, where the latest tunnel was discovered, an added attraction is the many warehouse on either side of the border making it easy to hide trucks when they are being loaded or unloaded with drugs.

PJT Partners Inc. Expected to Announce Earnings of $1.18 Per Share