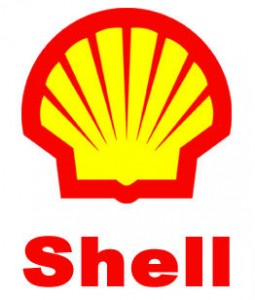 The largest company in Europe by market capitalization, Royal Dutch Shell, reported earnings that were sharply lower for its third quarter, as weaker profit margins and a disruption in Nigeria, one of the leading production areas for Shell hurt its results.

Shell, which is based in Holland, said its earnings excluding it extraordinary items for the quarter were $4.5 billion, which was a decline of 32% from the same quarter one year earlier.

Like other oil companies in Europe, Shell struggled to maintain production let alone bump it up, despite a heavy capital expense as CEO Peter Voser’s tenure nears its end.

Shares at Shell fell on the announcement by 4% during trading on Thursday in London.

Analysts in London called Shell’s results disappointing and said the huge company might have to cut is large capital investment.

CEO Voser had announced at an earlier date he would leave Shell at the end of 2013. He is scheduled to be replaced at that time by Ben van Beurden, who currently heads the refining business for Shell.

The refining and chemicals unit, which van Beurden runs, reported its earning had fallen by 43% during the quarter to end at $900 million for the third quarter.

Shell cited weak demand and a global over capacity for the main reason the quarterly profits had fallen. Analysts in Europe said it had been challenging for the refining business, due to razor thing profits for each barrel, since there capacity was too much for the current demand.

Shell’s natural gas and oil production for the latest quarter was down by close to 50,000 barrels per day to nearly 2.9 million, a decrease of 2% compared to the same quarter last year.

Output of oil for Shell dropped by 2%, while its natural gas, which is not as valuable today, increased by 5%.