Setbacks Cause Delay In Release Of Research In Motion’s New BlackBerrys (NASDAQ: RIMM) 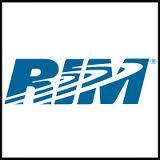 Research in Motion announced that its new line of BlackBerry phones will be delayed until next year. The company also announced a $518 million loss in the first quarter and plans to cut about 5,000 of its 16,500 employees.  Issues at the company recently resulted in its co-chief executives giving up management of the company.

RIM has staked its future on the BlackBerry 10 phones, but has encountered delays in its release date.  The recent setbacks have increased doubts among analysts and investors about RIM’s future.   RIM has been struggling to compete in a highly competitive market with what is considered by many to be old phone technology.

This is a critical setback for RIM.  This latest delay will mean that the BlackBerry 10 phones will not be ready until after the anticipated release of a new iPhone, updated Android phones, and phones based on Microsoft’s Windows 8 operating system, which will make it extremely difficult for RIM to generate interest in its new line

RIM has already lost dominance of the smartphone market to the iPhone and phones using Google’s Android operating system.  There have also been concerns that a drop in morale and defections by employees working on BlackBerry 10 would lead to further delays in the release of the new phones.  Ehud Gelblum, an analyst with Morgan Stanley, said, “I don’t know if they can turn it around.  I’d love to see it but there are some cases that are lost causes.”

Mr. Heins said that the new phones would still be competitive against coming models from other companies.  He said, “I will not deliver a product to market that will not meet the needs of our customers.  There’s a lot of competition coming, that’s the nature of the consumer electronics business.  We’re not afraid of it.”