Scientists Warn Over Chemical in Carpets, Cookware and Coats 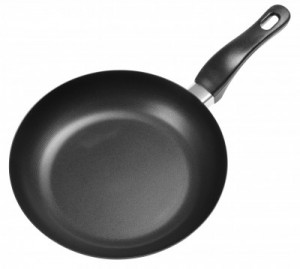 In 1961, a toxicologist at DuPont warned his colleagues that the exposure to the company’s popular Teflon chemicals enlarged livers in rabbits and rats.

Studies over the decades that followed found no level of exposure that was safe in animals and has determined that humans as well got sick after being exposed to the chemicals.

Nonstick it turns out, sticks around. Before the end of 2015, some of the perfluoroalkyl and polyfluoroaklyl substances or the PFASs will be phased out fully for use across the U.S. However, emerging to take their place, warn health experts, are another set of PFASs, which share much of the same types of concerns.

On Friday, an online journal published a document called the Madrid Statement, which was signed by over 200 scientists from more than 38 countries. This statement highlights the possible harm of both the old as well as new PFAS chemicals.

You might know the substance best as things that protect carpets from nasty stains, keeps food from sticking to pans or packaging, repels rain from a coat and prevents your mascara running.

If one likes a pastry to accompany coffee in the morning, a PFAS probably will line the paper it is served in.

In editorial that accompanied the Madrid Statement, a toxicology program head from Denmark cited the common practice in the industry of replacing chemicals that have been phased out, with one that are structurally similar, such as a recent swap of replacing bisphenol A for bisphenol S.

Other chemical experts said the system allows that chemicals are considered innocent until they are proven guilty.

The scientists have called for worldwide cooperation to limit PFSA production and identify alternatives that are safer. Industry groups continue to assert the safety of these newer versions of almost the same chemicals.

The new chemicals carry fluorinated carbon atoms that have shorter chains, which experts agree generally lowers the toxicity of the chemicals and helps the human body excrete them quicker.