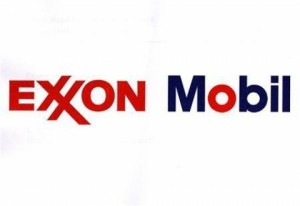 Exxon Mobil Corporation posted its largest surprise in earnings in over a decade as its output from its oil wells beat expectations and its margins in refining soared amidst lower prices of crude.

Profit per share was higher by over 41% than Wall Street estimates, which was the largest margin since 2004. As plummeting prices of crude eroded profits in oil production, net income for the first quarter was down to $4.94 billion, equal to $1.17 per share.

Net income last year during the same period was $9.1 billion equal to $2.10 per share, said company officials based in Irving, Texas. Nevertheless, the result per share exceeded all forecasts by analysts.

One analyst called the first quarter for Exxon strong, saying that its oil production grew more than was expected and its refining was solid internationally, which has become a common theme during this quarter amongst the largest energy companies.

The biggest producer of oil in the world by market value was able to pump 2.28 million barrels of crude between January 1 and March 31, an increase of 6% for the same period one year ago. That figures surpassed the estimate of analysts of 2.2 million barrels.

Exxon’s profit from its global network of refineries doubled to more than $1.67 billion, thanks to plants outside the United States posting increases in their results that were close to six fold higher.

The international refining segment of the company took advantage of plummeting crude costs by processing more oil in each market in which it has operations except in the region of Asia-Pacific.

Chemical earnings were down 6.2% to end the quarter at $982 million mostly due to fluctuations in currency, according to Exxon’s statement. In early trading on Thursday, Exxon was up over 1.3%. Prior to Thursday, shares at Exxon had dropped by 5% since the start of 2015.

The crude oil price plunge hit Exxon as the business already had been grappling with European Union and U.S. sanctions placed against Russia that had trapped up to $1 billion in investments by Exxon in that country and focused doubt on its growth plans for the long-term.