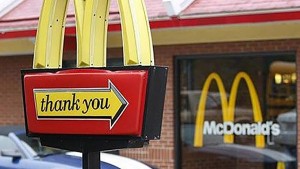 McDonald’s will accelerate refranchising as well as realign markets in its bid to revive the struggling fortunes at the largest fast food chain in the world, said Steve Easterbrook the CEO on Monday.

With only two months at the helm of struggling U.S. icon, the new CEO said McDonald’s would speed up refranchising to include 90% of the locations of the chain by 2018, which is up from the 81% currently.

Speaking in a video produced by the company prior to the opening of Monday’s financial markets, Easterbrook said that 3,500 stores would be refranchised under what he called a great need to reset the business.

McDonald’s will be restructuring its business into four categories: stores based in the U.S.; international lead markets that include the UK, Germany, France, Canada and Australia; markets of high-growth including China, Russia, Poland, Italy and four more nations; and foundational markets in another 10 countries across the globe.

These changes, along with the new business approach that is more focused on the customer and moves to improve the actual as well as perceived quality of the menu choices, should result in net annual saving of $300 million at the end of 2017, said Easterbrook.

The new CEO said that in reality the recent performance of McDonald’s has been poor. The numbers do not lie

The chain, based in Oak Brook, Illinois said last month that its comparable sales during the first quarter had dropped 2.3% and reported revenue of $5.96 billion, which was shore of the expected revenue by Wall Street of $6.02 billion.

The results of the quarter marked the same for the company, which for close to two years has seen its stock value drop and its sales slump in same stores in the U.S. as well as abroad.

The drops come as the burger chain attempts to compete with competitors in the fast food segment both with historic rivals such as Burger King and newer ones such as Panera and Chipotle.

The turnaround plan was announced by Easterbrook after he took over during March from Don Thompson the former CEO who stepped down following months of financial results that can only be described as being lackluster.