Regulators in EU Impose Fines on makers of Generic Drugs 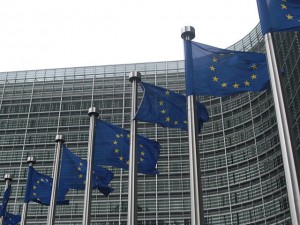 Regulators in the European Union will start clamping down on the deals made of “pay for delay” in the pharmaceutical industry in June.

Lundbeck from Denmark along with eight more generic drug makers will be fined for limiting the access of cheaper products in the market.

Following a 2009 inquiry, the European Commission, the anti-trust regulator of the European Union will impose a large fine on the Danish firm and Merck from Germany as well as seven other smaller drug makers, when it releases the information on the sanctions sometime late in June, officials said.

The latest fines just underscore the determination of U.S. and EU regulators to break the agreements made by brand name drug makers that pay generic manufacturers to slow down the delivery of their cheaper drugs, which ultimately hurts the consumer because of higher prices.

Regulators in Europe estimate that consumers there pay as much as 20% more for their medicines in certain cases. The European Commission is able to fine a company as much as 10% of its revenue earned globally for a breach of the anti-trust laws set up in the EU.

If that is the case, then the fine for Lundbeck would be more than 240 million euros.

Other companies that are scheduled to be fined include Arrow, Generics UK, Resolution Chemicals, Alpharma, A.L. Industrier, Xellia And Ranbaxy, the No. 1 pharmaceutical company in India. All of them manufacture generic drugs.

A Lundbeck spokesperson said they still had not received notification of a fine and believed they did not do any wrongdoing. Shares at Lundbeck dropped 1.9% after the report of the fine was released.