The tourism agency of San Diego announced that it will close down Monday because the city hasn’t released the money it needs to pay its workers. Mayor Bob Filner said that he is withholding millions of dollars in tourism marketing revenue until there is a guarantee that part of the money will be used for the centennial celebration of the 1915 exposition in Balboa Park. 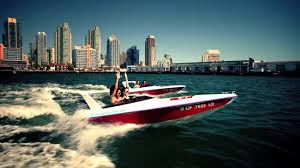 Last month, Mayor Filner and the city’s hoteliers have ended their feud over how to spend money earned by a two percent hotel room tax. But the mayor claimed that San Diego’s Tourism Marketing District is not living up its end of the deal. The mayor is worried that the centennial event will be shortchanged. The agency said that it plans to honor its commitment but estimates lower revenues than the initial forecast.

All marketing efforts of the Tourism Authority will be suspended Monday unless the funds are released soon. The agency relies on the marketing district revenues for 80 percent of its budget. The district predicts that the two percent room tax will earn $11 million by the end of June.

The money is collected by the city and supposed to be disbursed to the TMD under the operating deal ratified by the City Council and signed by the mayor. The Tourism Agency’s decision to close its operations will be temporary if centennial funding is approved on Friday. It came in time when the tourism industry in San Diego starts its preparations for the vital summer season.

The tourism agency issued layoff notices earlier this year to its workers and has scheduled terminations for mid-May when it appeared that Filner would not give the agency its marketing funds. The agency didn’t expect the layoffs would be required when the mayor signed the agreement last month.