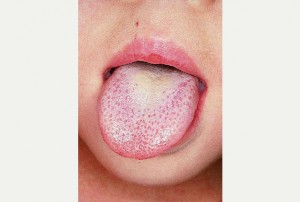 Diseases that have been considered rare, nearly wiped out or eradicated, especially across developed nations, are making a surprise and deadly comeback according to a just published study in London.

Referred to by many as Victorian diseases, since they appeared normally during that period, the diseases include scarlet fever, measles, whopping cough and tuberculosis. The NHS in Britain found that these types’ diseases have been significantly increasing over the past five years.

For instance, Public Health England confirmed that scarlet fever cases have been quite high the past two years and that likely will continue for the upcoming season.

Thus far, there have been over 2,000 cases of scarlet fever reported since this past September. The fever is characterized by a bacterial infection that usually affects children who are less than 10 years of age. Its symptoms include a pinkish rash that is followed by a sore throat or skin infection.

Another disease on the rise is tuberculosis, which afflicts an estimated 110 people out of every 100,000, which is a rate that is much higher than in impoverished nations where the disease is far more common.

There has also been a 300% increase in cases of cholera while scurvy is up over 38%.

Health experts in London have pointed to a number of reasons for the supposed resurgence. One reason is the migration of people from countries where the diseases might by rampant and infectious people have entered the United Kingdom.

Another plausible cause is malnutrition. Scurvy, can take place with people who have a very low level of vitamin C. Malnutrition can lead to lower immune system resistance, which makes a person then become more susceptible to bacterial or viral infections.

The lack of proper access to healthcare can also be part of the problem. As of July 2016, the government in the UK announced it would cut up to £200 million of its funding to NHS, which it could have used for the monitoring of the increase of infectious diseases and conducting regular checks on those in groups that are high risk like children and older adults.