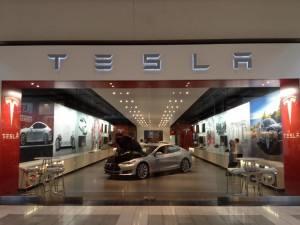 Tesla has announced that the company would be hiring thousands of new employees over the next few years. Many of these new hires will be based in California and employed on the company’s projects to build an autonomous car. The company currently has about 14,000 employees, more than 14 times the number of employees it counted in 2010.

A few weeks ago, Elon Musk put out a call on Twitter for software engineers for the company’s Autopilot program, saying that prior automotive experience was not needed. Addressing his 3.1 million followers on Twitter, Mr. Musk added, “I will be interviewing people personally and Autopilot reports directly to me. This is a super high priority.” While he was only looking for 100 prospects, the company’s inbox was flooded.

It has become harder for Tesla to find software engineers to help with its projects as automakers have crowded into California looking for people to develop software and other components for electric and autonomous vehicles. According to reports, fees paid to placement agencies for software engineers in the Bay Area have doubled in the past two years, reaching $30,000 to $40,000 per employee. Adding to Tesla’s troubles are several startups, including Chinese-backed Faraday Future Inc., Karma Automotive Inc. and Atieva Inc., that have been luring employees from Tesla to work on their own electric-car ventures.

Based on the terms of a $15 million tax credit awarded this year, Tesla will add 4,500 more workers in California alone over the next four years. Tesla currently lists around 1,600 open positions. The electric-car company will soon open a battery factory in Nevada, which will also need to be staffed. The auto maker’s business model is built on explosive growth forecasts through the end of the decade, so it will need to increase headcount fast to have enough employees to hit its growth targets.