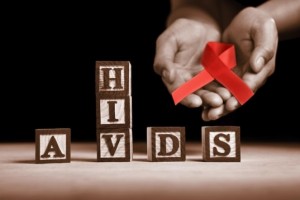 On Sunday, doctors announced that a 2-year old girl had only trace amounts of HIV left in her bloodstream. Doctors said the girl’s immune system had been able to keep the virus from advancing without the use of any medication and they said now they had to attempt to replicate what they had done.

The doctors said that for only the first time a baby born infected with HIV was administered an aggressive treatment regimen immediately and has now been declared functionally cured of the infection.

The young child from Mississippi only has very small trace amounts of HIV remaining. Doctors at an Atlanta medical conference announced their findings on Sunday.

Doctors who heard the results said that if the treatment could prove successful, as it was demonstrated by the researchers, then it would dramatically change thousands of children’s lives daily. Every day, over 1,000 children are born with HIV and most of them are born in the developing countries of Africa.

One pediatrician, who specializes in different infectious diseases, said if a new trial shows that this feat could be accomplished again, then a huge breakthrough has been made. The same doctor said the breakthrough would allow doctors to treat children in an aggressive manner and reverse the progress of HIV.

The details about the girl’s case have yet to be published for doctors and other researchers to peruse. Some skeptics believe the girl might have never been infected in the first place by her mother, although she was at a very high risk of being infected.