US Companies Feel the Pressure in China

Sales and profitability are difficult to come by for US companies in China as they face increasing competition from foreign and domestic firms. This is according to a survey made by the American Chamber of Commerce in Shanghai. 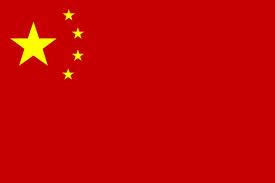 The annual poll showed that most companies believed that competition had become stronger while the number who said they were profitable in 2012 fell to 73 percent from 78 percent in the previous year. This indicated the challenges the global companies face as they try to bolster their profits in faster growing economies such as China. The survey also showed the impact of China’s slowdown in the past year, where the GDP grew at its slowest rate in 13 years.

420 US companies asked by the American Chamber of Commerce in Shanghai said that increased domestic competition, rising costs, and human resources limits are the main business challenges they face in China. The president of the chamber said that these challenges are going to be the rule instead of being the exception in the years to come.

71 percent of the companies said their revenue increased compared to the same period last year. The number was down from 80 percent in 2011. Companies who reported operating margin growth declined to 48 percent from 51 percent.

The Chinese boom years of above 10 percent GDP growth is starting to recede. International companies are preparing for a new normal in China that is less dependent on exports and investment and more tied to domestic Chinese market.

The retail and service sector scored higher on the Shanghai Business Confidence index, which is a measure of confidence in future business opportunities. The survey also showed that many US firms feel China has not done enough to level the playing field for foreign companies. 54 percent said that lack of transparency favored local companies, which is up from 46 percent in the previous year.

Next »
How to Hire a Courier