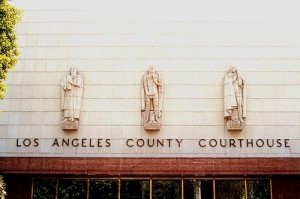 A judge in Los Angeles on Friday refused to dismiss charges of obstruction and reckless driving against actress Lindsay Lohan. The judge ruled that Lohan had to face trial later in March over the car accident she had during June of 2012.

The 26-year old Lohan faces charges of lying to police, obstructing justice and reckless driving all of which are only misdemeanors. Those charges stem from an accident that took place on June 8, 2012 with Lohan’s Porsche. The sports car smashed into another vehicle in Santa Monica.

Since 2007, Lohan has had a number of scraps with the law. She found herself on probation for theft, after she pleaded no contest in a case and then had her probation revoked by not following it correctly.

Last June, Lohan told police that she was not driving at the time the accident occurred. In court, Lohan pleaded not guilty to the three charges against her.

On Friday, in Superior Court in Los Angeles, Judge James Dabney denied a defense argument that Lohan had been unlawfully questioned by police following the crash.

Dabney also denied a motion by the Lohan’s lawyer to delay the case until April. Lohan did not attend the hearing on Friday, but must stand trial March 18, ruled the judge.

If found guilty, Lohan could face between three month and a year behind bars, but it is highly unlikely Lohan would be sentence to prison. She could also face additional jail time if it is found she violated probation.

The actresses’ lawyer said Lohan was attempting to turn her life around and was once again in psychotherapy.