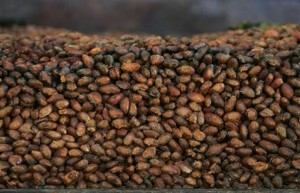 Decline in memory is seen almost as a typical aging characteristic. However, in a recent study published online it suggests that it might not have to be; researchers at Columbia University in New York say that flavanols that occur naturally in cocoa reversed memory decline related to age in older adults.

According to the Columbia University research team, which included Dr. Scott Small the senior author, memory decline begins in early adulthood but does not become noticeable until people start reaching their 50s and 60s, when it begins to be referred to as age related memory loss.

Past studies suggested that this type of decline in memory might stem from the changes in the function within the region of the brain referred to as dentate gyrus, but proving the association has been a big challenge for many researchers.

Flavanols in cocoa beans have been tied to improvements with brain connections, within the dentate gyrus in mice.

Because of that, Dr. Small and his colleagues wanted to find out whether the flavanols could boost function in human’s dentate gyrus and improve their memory.

Researchers had 37 healthy people between the ages of 50 and 69 for their study.

For a period of 3 months, some of the individuals participating were told on a randomized basis to follow a diet high in flavanol. Other participants followed a diet low in flavanol.

Flavanols were consumed through drinking a cocoa drink produced by Mars the food company.

The drink was specifically made for this research was made to have flavanols there are found usually in raw milk and many times are lost during the processing of cocoa.

At the start and end of the study, each participant received a brain imagining that was developed by a lab run by Dr. Small.

This gave the researchers the opportunity to assess the volume of blood specific to the part of the brain known as the dentate gyrus.