Growth in Manufacturing in China Falls 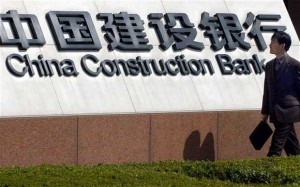 The manufacturing growth in China declined during October amidst an economy that is slowing with languishing demand globally.

On Saturday, the China Federation of Logistics and Purchasing released its purchasing manager’s index, which has dropped to 50.8, a drop 0.3. The index uses a scale of 100-points and any number above 50 means growth in manufacturing.

The deceleration in China reflects the slowing economic growth that reached a low of five years at 7.3% during the most recent quarter that ended on September 30.

The small decline for the PMI figure in October shows that the economy still faces strong downward pressure.

A local economist said the new government growth stabilizing policies unveiled during the third quarter have started to make an impact in the economy and would start soon to impact the PMI figures.

Leaders in China have said full year economic growth might fall short of its target of 7.5%, but it would be considered acceptable if inflation remains low and the economy continued producing jobs.

The World Bank warned that China growth might decline to 7% in 2015, saying that Beijing needed to promote efficiency and competition by reforming its real estate and labor markets as well as its financial system that is run by the state.

That warning emitted new urgency of calls from reform advocates for the Xi Jinping government to push ahead with plans that give entrepreneurs and forces in the market a larger role in the second leading economy in the world.

The National Bureau of Statistics run by the government portrayed the data on Saturday as a healthy sign for China’s economy.

The figures show that that the sector of manufacturing was steady as the country’s economy was entering a new normal, said a statistician with the bureau, who was quoted by the Xinhua News Agency, which is the official news agency and run by the government as well.