Intel, which is the world’s leading manufacturer of computer chips, is reported to be closing its factory in Massachusetts. It would cut up to 700 high-paying manufacturing jobs, which would be one of the biggest job cuts in the state in recent years. 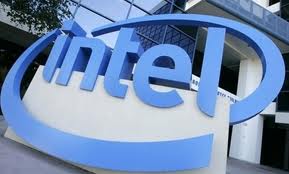 The company said that its plant in Hudson is utilizing outdated technology to manufacture older generations of computer chips used in low-end applications that is no longer as profitable as its higher-end microprocessors used in PCs. Intel spokesman Chuck Mulloy said that the facility and the site don’t meet the requirements the company needs.

The shutting down of the Hudson facility is a big blow to the manufacturing sector of the state that has undergone years of downsizing in order to re-emerge as a smaller but still competitive industry. High-tech manufacturing accounts for around one in every three factory jobs in the state and most of them are high paying ones. Intel jobs would be at the higher end of the industry scale.

The closing of the Intel plant is a setback to Governor Deval Patrick’s major effort to bolster the manufacturing sector in Massachusetts. He has been supporting companies that manufacture products that are less prone to competition from low-cost operators overseas. Manufacturing employment had been stable in the state. Employers added jobs and companies complained they were having trouble finding qualified workers to replace retiring workers.

The governor pledged to help laid-off Intel workers look for new jobs. Massachusetts’ economic development chief Gregory Bialecki said that the administration is disappointed by the news but maintained that the manufacturing industry in the state is still on the rise and will continue to have a vital role in the success of its economy.

Economists said that while 700 jobs are a big loss, the manufacturing industry in Massachusetts isn’t experiencing a period of contraction. They said that Massachusetts will not turn into a Detroit.