Angelina Jolie Effect Has Doubled the Number of Cancer Tests 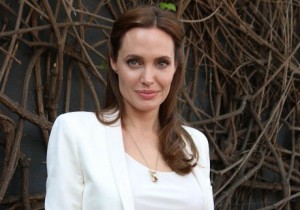 The surprise announcement by Angelina Jolie last year that she underwent a double mastectomy as a preventive measure has been influential in doubling the referrals for genetic breast cancer exams.

The actress made her decision following an exam in which she tested positive for the a mutation in the BRCA1 gene, which increases greatly the risk of developing breast cancer.

A recently published study shows that during June and July of 2013 the amount of referrals for the DNA tests and genetic counseling for breast cancer gene mutations across the UK increased over 2 ½ times compared to the same two-month period during 2012.

The so-called Angelina Jolie effect lasted for a long time with referrals staying at twice the rate of the previous year from August through October.

However, the extra women who sought help were not unnecessarily worrying, as most had a history in the family of breast cancer, which meant they were appropriately being screened.

One of the authors of the study said that with Angelina stating she was a carrier of the BRCA1 mutation and then having a mastectomy to reduce the risk likely had a bigger affect than other announcements by celebrities possibly because of an image of her being a strong and glamorous woman.

This might have decreased the fears by patients about the loss of their sexual identity and encouraged people who previously had not engaged with their health services to consider having genetic testing done.

The researchers said that the increase in testing could result in some cases to having a mastectomy that is reducing cancer risk. However, there are also very good preventive drugs like tamoxifen and changes in lifestyle like choosing a healthy diet and exercising more.

The mutations in the BRCA1 and the BRAC2 gene are combined, responsible for close to 20% of all breast cancers.

Women who are born with the BRAC1 have between a 60% and 90% risk of one day having breast cancer. The risk was increased by 45% to 85% in those in the risk areas.