Crackdown on Corporate Inversion Applies Pressure on AstraZeneca and Shire 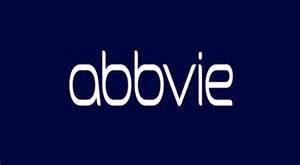 A number of healthcare stocks including Cosmo Pharmaceuticals SpA, Actelion Ltd and AstraZeneca all slumped in European trading on Tuesday.

The stocks were viewed as less likely to be targeted for takeovers after an official from the U.S. disclosed new plans by the government to crackdown on deals overseas that help companies from the U.S. cut the rate of taxes they pay.

Drug maker AstraZeneca, based in London, which was a target earlier this year of a failed takeover bid by Pfizer a rival based in the U.S., declined by 5.7%.

Shire, which agreed this past July to be acquired by U.S. based AbbVie inc dropped by 6.6%. Smith & Neptune a maker of artificial knees and hips based in Britain that was a possible target of Kalamazoo, Michigan based Stryker Corp dropped by 3.8%.

The wave of corporate inversions caught the attention of U.S. lawmakers this year. Jacob Lew the U.S. Treasury Secretary on Monday announced clearly that the White House administration was prepared to use its authority to attempt to stop some of the deals, even while risking backlash from Republicans and companies, who both have complained that the Treasury Secretary has gone too far already.

The threat of action by the government is sufficient for some investors to have doubt if certain deals would actually go through, according to some analysts on Wall Street.

The risk that a deal could fall apart for Shire has increased by 20% based upon the spread between the price of the deal and the current price the stock is trading at, said one industry analyst.

Some analysts believe the deal with Shire and AbbVie will go through, as the corporate inversion is not the only reason and not the most important reason that Shire is being acquired.

The risk that other takeover bids not going through are hard to gauge said the Wall Street analyst. CEO Ian Read of Pfizer cited that benefits on a tax basis for trying to acquire AstraZeneca.

Cosmo Pharmaceutical fell by up to 9.9% on new reports that Allergan, Inc was having advanced talks on a deal of all cash acquired Salix Pharmaceutical, which is currently merging with Cosmo.

Salix was planning to move its tax domicile to Ireland following the Cosmo transaction.

$13.31 Billion in Sales Expected for Caterpillar Inc. This Quarter

OTOCASH Price Down 0% Over Last Week