One Day Of Jail For Spousal Abuse 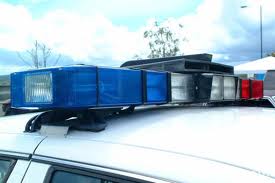 A sheriff from San Francisco was given one day of jail and probation in a highly publicized spousal abuse case. Last week, Ross Mirkarimi pleaded guilty to falsely confining his wife. On Monday, he was sentenced to three years of probation and just one day of jail time. While apologizing outside the court he broke down in tears.

The sentence was part of a plea agreement Mirkarimi and his lawyer made with prosecutors. The plea will allow him to maintain his job and gun. He was ordered to receive domestic counseling and to perform community service of 100 hours.

In his statement outside the court Mirkarimi said, “I humbly and deeply apologize for what I did and the pain it caused. I should not have done it. I accept responsibility.”

Originally, the officer was charged with domestic violence, child endangerment plus dissuading a witness. The case has caused an uproar in the Bay area.

Many politicians and local activists say the sheriff should not be able to keep his job. Others are calling for Mirkarimi’s suspension by Mayor Ed Lee. They feel with enough pressure, the Mayor will be willing to suspend the officer.

The case stemmed from an incident that took place New Year’s Eve. The sheriff argued with his wife over her wanting to take their son to her home country on vacation. He allegedly grabbed her arm hard enough for it to be bruised.

Progressive Shares Down 3.3% After Earnings Miss