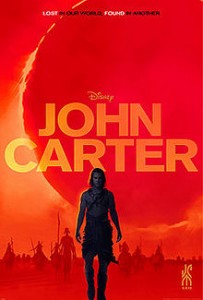 Disney has announced it will lose millions of dollars on the Martian adventure movie John Carter. The film cost Disney nearly $350 million to produce and the company believes it could lose up to $200 million. When the movie was being produced, company executives hoped the movie would have a number of sequels.

If Disney executives are correct with their predictions, then the movie could be one of the industry’s biggest busts’ of all time. Over its first two full weekends, the international income for the movie was only $184 million. That number was very short of estimates by the movie studio and industry analysts. The movie may cause the movie studio to incur an operating loss in the second quarter, which Disney estimates could reach $120 million.

Wall Street had anticipated the film to receive a write-down even before it had been released. The reviews were not good and surveys that were pre-release to moviegoers did not return good news. Some investment firms had predicted losses of up to $165 million even before its release earlier this month.

This huge potential loss puts the movie alongside other big losers like Flushed Away and  The Alamo. Those two movies lost $109 million and $75 million respectively.

John Carter was based on a science fiction series written by Edgar Rice Burroughs the author of Tarzan. The thought was the film would create high merchandise sales, theme park rides and movie sequels.